Who's the new guy?

I am so new to Flag that I still feel out of place calling it Flag. Like that awkward feeling speaking a foreign language in another country even if you know it fluently. How long do I have to be here before I can use the abbreviation unequivocally? And I don't know why but I told very (very) few people, even close friends, that I made the jump over one more state westward. Maybe 10-20% of me felt like my 3 month stint in Denver was a bit of a failure for more reasons than one. Maybe it was just not the right fit at the time. Maybe I moved out there for the wrong reasons in the first place. "Everyone has a game plan until they get punched in the face." - Muhammad Ali.

I essentially "ghosted" the city of Denver. Judge away; I'm not proud of it but nonetheless that's what went down. On the contrary, the subtle welcoming whispers from a couple of really key friends whom I really look up to on the life spectrum broke thru to me and I couldn't ignore the opportunity (two of these friends I am currently staying with and forever will be grateful for their hospitality). For the second time in three months my entire life was in the back of a UHAUL and the rear view mirror was pointed east. It was actually a Penske truck and there wasn't a rear view mirror but shit I saved some money and the description was on point so let me get back to my story, please? 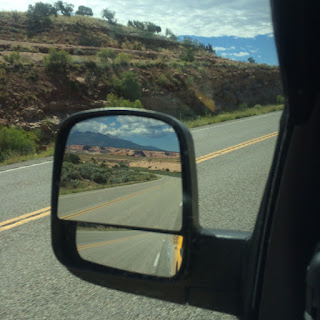 Day 3: I scored my first date out here. Mother Nature always seems to swipe right. Rapid fire style. She doesn't care about your first picture or your stupid corny description or how tall you are or what you do for a living. I didn't lob a lame one-liner out there or poke fun at any of her pictures to get the conversation going.
She even texted first. "Meet up on the mountains at sunrise."
"Dang, a little forward." I thought, "But what the hell, right?"
Starting the trek right at 0400. I got to the top of Doyle's Saddle a little early. I waited around for a bit but it was clear to me what was going on. Cloud cover that condensed on my arm hair and cold winds that cut thru the thin shirt I was wearing. No sunrise in sight. The bitch stood me up. I proceeded onward down the back side of the climb until my watch clicked passed the 3hr mark then flipped it back and retraced my steps for another 3 hours. In a town that sees thousands of passerbys, even Mother Nature needed reassurance my intentions were good. "Fair" I thought with a smirk and grinned all the way home. 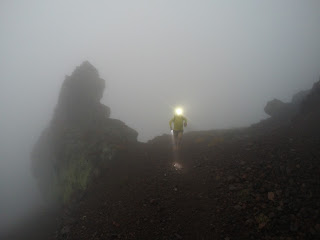 I had never moved as a kid but now appreciate how hard it must have been.  The new kid feelings were reaffirmed Day 5. Not on the mountains but my one of my next favorite places. A brewery. Dark Sky Brewery to be exact and immediately took a liking to the place in every aspect. OK, you caught me. This was actually my second night in a row here. I popped in for a beer or two the night before and it wrapped up as prescribed. However, Day 5 I accidentally sat down a the right table with two of the couples who founded the brewery (I actually met them back in April on another running adventure) but this time the conversation started with, "Are you staying here for a while or just for a training stint?" in other words "Should I bother to remember your name?" I said something to the affect of, "I'll stay if you'll have me." and two beers turned into hours of laughs and that turned into closing the place. I might have even offered to mop. High quality beer topped only by the high caliber people here. Seriously. Top notch.

Asking me why I moved again would be similar to asking the lead singer of the Beets (Monroe Yoder) why he needs more allowance.

Speaking of which, can someone please tell me where I can order a Honker Burger and get a dog like Porkchop? Though I don't doubt the move from Bloatsburg to Bluffington was hard for Doug, I digress down a 90s childhood of analogies again. I am not sorry.

I am also gearing up to give two "best man" speeches this fall so I am going to try walk the line of expressing a new found point of view without giving away all of my material (who knows if this is the best it'll get?).

Moving (spending hours upon hours driving through a cell-phone-service-less desert and nothing on the radio) got me thinking about how people "brand" themselves. And I think the "brand" one presents to the world is a reflection of the constantly rolling narration in one's head. It mostly falls to the means and methods of which we measure in our lives or what we "keep track of". Instead of thinking of the DNFs, the times it didn't workout, or the number of heartbreaks - doesn't it service us better as humans to mark a tally, instead, for all the times we made it work out, took a risk, or brought a smile to someone's face? Spoiler alert: the latter is more difficult but it is also the only way to change the tone of the voice inside your head and hence redefine your "brand" or what you are putting out into the world. And furthermore, what you are getting back from it. 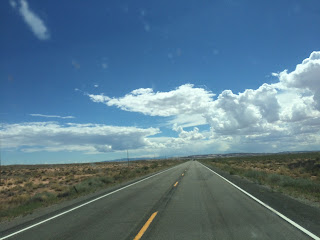 So what is your brand? Because you have one whether you want one or not. What are you putting out into the world? What's your story? How do you treat people? Are you the person who complains about most things? Who can't help themselves from groaning in the grocery line impatiently? Are you the runner who is "way to taxed" or can't be bothered to thank the volunteers at a race? I guarantee it will never hurt - and most of the times help - your outlook on the race... or life. This next part is in no way meant to be seen as being said from a soapbox but I have recently made it a point to compliment or start a conversation with any major encounter throughout the day. Try it just for one day - I swear to God it will change your day/life. If you are unhappy with the personal narrative or even just a part of it - it is easy to change. And with that change your "brand" (granted moving to a new city makes it a lot easier but definitely not necessary).

It may seem insincere or forced at first. It might just be that. But that won't last long when you see faces light up around you.
"Cool hat, man!"
"I love that necklace/those earrings."
"What are you drinking?"
"What's up with your eye?" (Just kidding - don't use this one)

Just try it. Mood follows action. Key being that you need to act first.

"We are not given a short life but we make it short, and we are not ill-supplied but wasteful of it… Life is long if you know how to use it." -Seneca

At the grocery store, just make a quick effort to smile or say an extra "How are you?" rather than the usual BS. I was recently talking with a friend on the subject of how someone actually makes new friends after high school/ college or outside of work. Well half the battle is just to show up. Don't get so caught up in yourself all of the time (some of the time is perfectly fine) but make room for the small stuff rather than the majority of your day moving from "I need this" to "I don't have time for that". The other half is usually as simple as be nice.
It goes a long the longest way. Be weird. Be different. Have a story. Have something to say. Mean it.
Otherwise your life is on autopilot and it will be over in a blink.

Fast forward to now. Day 6. I've been posted up in coffee shop for hours now and I swear I stopped in for a quick coffee and I was going to be right out but the song playing when I walked in was Dave Matthews Band - "Grey Street" (I am not sure how many other guys my age will admit that they are still DMB fans. Again, judge away). I thought how appropriate that song was and opened the laptop. I hadn't talked to barista who initially poured my coffee since I complimented her crazy turquoise jewelry. I quickly learned it was her late grandmother's jewelry and she had once lost it and she finally got it back and it meant the world to her and she appreciated the compliment.

She came by a couple times as quietly typed away with a smile and silently placed another ice-java-mocha-whosie-whats-it in front of me. I only really drink black coffee and I still don't know the difference between any coffee drinks but the free-ness of unbidden beverages was certainly an added bonus to the day. I didn't send the compliment off in the hopes of getting anything in return but the exchange brought on a mood was prohibitively pleasant the rest of the time I was there. I can't say for certain but I have an underlying feeling that the vast majority of the people in Flag are on the same page whether they are conscience to it or not. I think I'll fit in fine here.


There’s an emptiness inside her
And she’d do anything to fill it in
And though it’s red blood bleeding from her now
It’s more like cold blue ice in her heart
She feels like kicking out all the windows
And setting fire to this life
She could change everything about her using colors bold and bright
But all the colors mix together - to grey
But she says, “Please"
"There’s a crazy man that’s creeping outside my door,
I live on the corner of Grey Street and the end of the world” 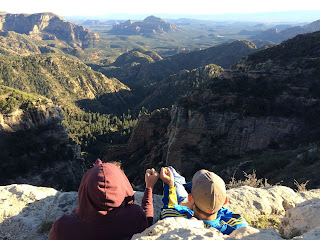 Posted by haffatree at 7:03 PM