The Solitary Confinement AKA the Almighty Taper


The race is less than a week out now. It's Sunday morning and I woke up in the Room. The Room seems to be different from race to race and definitely different from athlete to athlete. Some get in it too soon; others, not in time, or even not at all. Any of those situations are sure to damn a race of even the best trained from pro's to first timers of any distance.

The Room I am referring to is the taper time before any A-race (or any big life event for that matter, really). It's the "build up", the "crescendo", the "climax", if you w(h)ill. It's the time where any body that knows you and of your situation will throw about phrases like, "the money's in the bank" or "go get what you trained for" or my favorite, "the hay is in the barn" (What does that even mean?). To me The Room is really where the outcome of the race is determined. It is where everything comes together or falls apart.

I've been in all kinds of Rooms over the past few years; and they have all yielded different results. From the high of gripping hard and finally laying down a Boston Qualifying marathon time (Baystate Marathon 2013) to the low of a posting my first DNF a few months ago (Oil Creek 100). The first time I raced a triathlon I was having such a good time and cracking jokes all over the place I didn't even know I was in the Room. Things just came about naturally and it was a great time. My first Ironman I was mentally prepared but the physical aspect just wasn't there yet. The second time around I was truly peaking physically but my mind was an absolute mess.


Most people stress about being in this Room from what I have gathered over my few years in the triathlon world. Everyone seems to fear the taper and really work it up in their heads like it controls them (I definitely have been in that situation; the end scene isn't pretty and much like a teenage first carnal encounter, all involved are unsatisfied and left wanting more).


Little do people know that whether training has gone relatively well or not-so-well over the past X amount of time - they are completely in control of their mental wellness and stress levels before the big event. "The greatest weapon against stress is our ability to choose one thought over another." - William James.

So I found myself in The Room this morning. I went to bed with full intentions of getting up and nailing a couple hours on the bike and a 14 mile run to cap off the week of training. The mind wanted it; the body cringed at the thought. Normally, I'd stress about "giving up" on the workout and beat myself up over being so mentally weak. Normally, I'd grind through it and "just get it done. 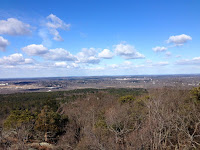 But that would be subscribing to the thought that I was a product of my environment rather than being in control of my thoughts and emotions. I immediately cancelled the workout and didn't feel one bit bad about it. Not. One. Bit.

That is when I knew things were coming together absolutely perfectly... (This coming from someone who was a week away from racing an Ironman having ridden less than 50miles outside in the process). Instead of freaking out in this Room; I was poised. 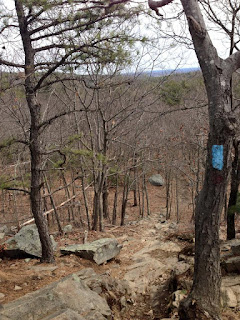 The Room, to me, starts out completely empty, white, and padded. You have the ability to make it whatever you want from there... you can let it grip you and then you will be along for the ride. You'll end where ever it decides to dump you. The ride isn't fun. So I took a step back and got control. I started making my room this morning. This mental control is what sets apart the disaster races from the races that you rule with an iron fist...
My room quickly changed - I was now alone on the top of Blue Hills breathing in the cool but fresh air. It was a chilly but the kind of chill that the is combined by the warmth of the sunshine for the most perfect feeling of spring time air. Commando, shirtless, in the most relaxed pair of Lulu Lemon pants fitting perfectly. I am inverted in a perfect and placid perpendicular press against the rocks and dirt underneath. The Explosions in the Sky discography is on shuffle-loop playing from the clouds and the sun is cracking the first few shadows on the rocks. This is where my mind will be as my body pours sweat all over the roads of Port Elizabeth and my muscles scream for mercy insensible to the fact their prayers fall on deaf ears. Even now, they sit unaware to the hell and fury they will be unwillingly subjected to in but a weeks time.

But the mind is perfectly ballasted. 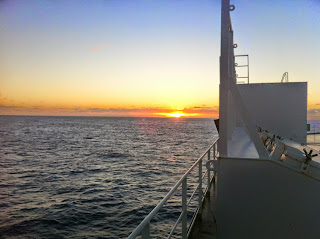