SOS (Survival of the Shawangunks) 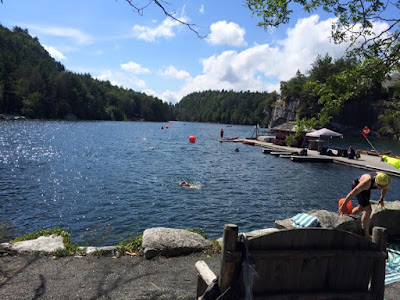 This race's uniqueness is rivaled only by it's beauty. Not to mention it is put on by an incredible team of directors and volunteers. The 50.5 mile, 8 stage race is completely point to point and not for the faint of heart.

I have been trying to get in to this race for years and finally made it happen for 2015. It sells out in minutes as there are only 150 slots. Anyways, signing up was bittersweet after I realized it would be only two short weeks after the 140.6 in Muskoka. My legs were still a bit wobbly at the starting line but this thing was going to be a ton of fun no matter what. 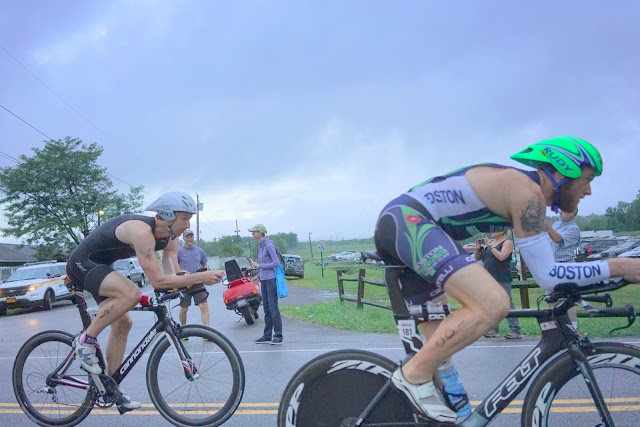 The Bike 1hr 24min (21.4mph) 300watts
The 30 mile bike starts off with mostly flat rolling terrain for the first 25 miles and then ascends about 1200ft over the next 5 miles. Oh, you were looking forward to the descent? I am sorry to hear that because at the top of the climb you kiss your two wheels goodbye and begin the trek to the first pond. I lead the bike brigade for the first 10 miles which we hammered out in about 23 minutes. It was the first time I have been following the police escort car in a race before. I was robbed of this at about mile 11 but still managed to throw down the second best bike split of the day. We hammered the first 25 miles out in seconds over an hour and the next 5 miles took about 23 minutes climbing up the hill. 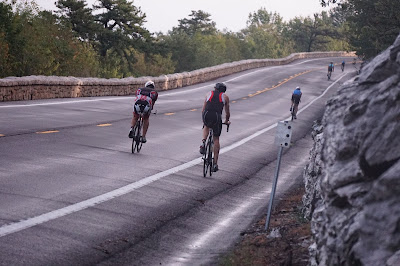 Here is the Strava file on the next 20.5miles with the breakdown below mostly in pictures.

I ditched my bike and grabbed all my gear I would need (goggles, cap, food) for the rest of the race. The run to Lake Awosting is a gradual uphill for about 4.5miles. I kept the leader in sight but he kept getting smaller smaller. Not a huge deal though; my legs were already screaming and I had beaten them so badly the past month that the crack of whip or jab of a spur no longer affected the motivation to move faster. This was expected and did not affect how awesome the race was for me mentally. 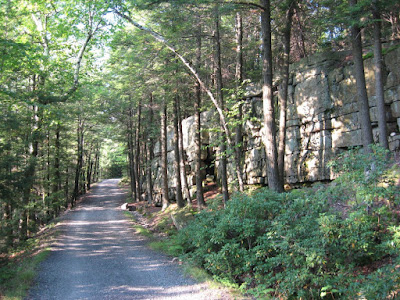 It had been about 36 minutes since I stopped pedaling and here is where the logistics get fun: you cross the timing mat and jump in the water. The shoes slid off you feet and into the back of the shorts, cap on, goggles on, and now you are swimming the length of this gorgeous lake. The 1.1mile swim took me about 28 minutes. 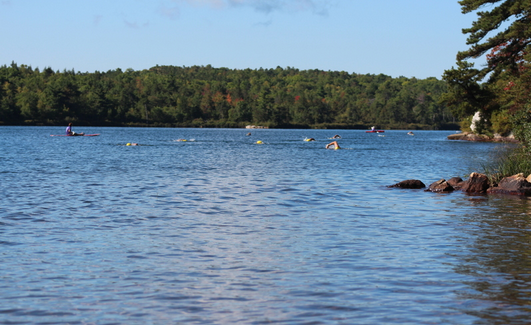 Again, like a transformer on the hunt you pop out of the water, get your balance, and throw your sopping wet shoes back on for the 5.5 mile trail. This trail is slightly downhill and it takes me about another 36 minutes until the sight of more water and cheering voices. I am horizontal and kicking again at one end of Lake Minnewaska - 16 minutes and half a mile later I am being helped out of the water and up rocks and putting my shoes back on! 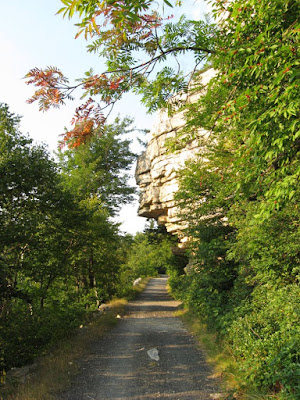 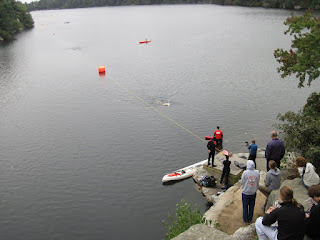 My body has no idea what is going on at this point but I can't imagine it being too befuddled after some of the previous crazy tasks I have asked it to perform over the years. By now, it just says, "WTF, why not?" and goes with it. The run to the next lake is a long one; 8 miles and some decent hills but the scenery is a the most amazing form of distraction. 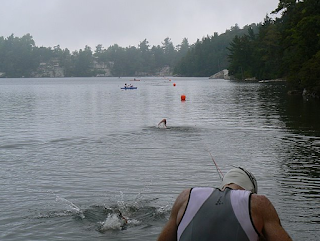 The 8 miles cruise by in a little over an hour. I get closer and closer to the lake entrance and the cheering is louder and louder. I looked from one end of the lake and the huge smile I have now had across my face for the last 4.5hrs stretched even wider to the number of tiny people at the other end of Lake Mohonk calling me over. 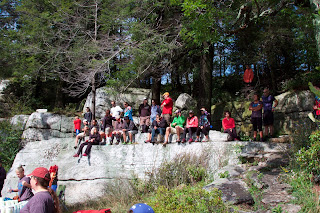 I let out a giant "WOOO HOOO" as I jumped in the lake and turned myself back into a swimmer for a half a mile and 13.5 minutes. 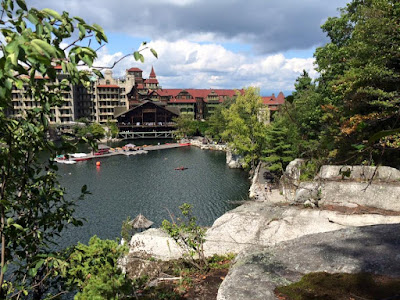 The grand finale after getting out of a lake for the third time of the day is a glorious 7 tenth of a mile hike up 500ft to the top of Mohonk Skytop Tower. The view is worth every vertical step. 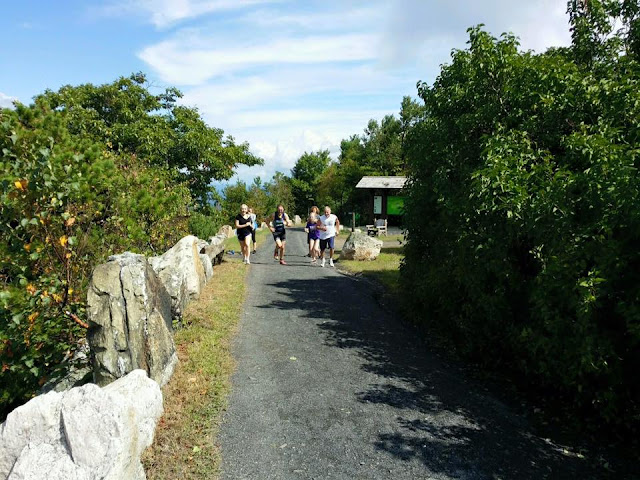 With a total time of 4hrs 44min I finished 8th place and fastest male 25-29 (I was a dingus and signed up for OPEN so I forfeited the official award). This race should be on the bucket list of any fun seeking triathlete who prides themselves on taking on new and different challenges. You gotta step outside the box every now and again and TRY SOMETHING NEW! 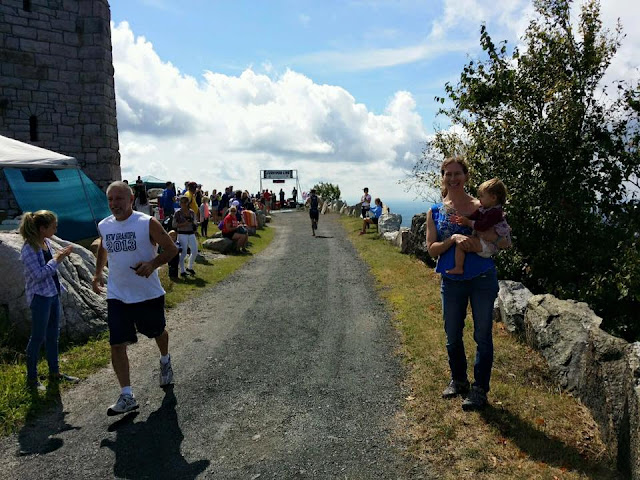 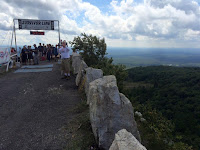 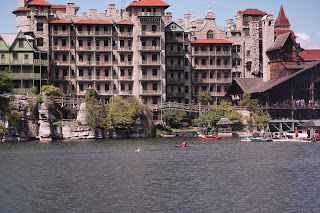 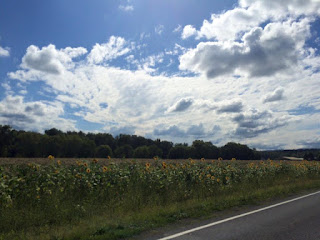 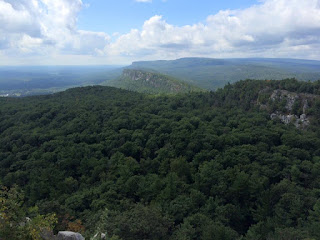 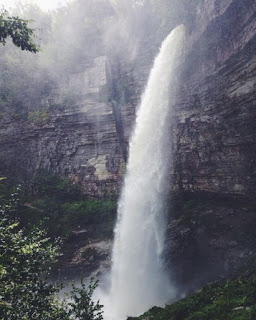 Posted by haffatree at 1:28 PM